Apple released the first phone having 64-bit in mobile engineering in iPhone 5S. Well, what does it mean?

First of all, if the subject is Apple, it’s good to handle the matter from 2 points; Marketing and Engineering.

Let’s try to approach mostly end-user oriented without going into detail. The biggest advantage provided by 64-bit in mobile engineering provides to use the hardware’s capacity in a productive way by reaching more physical RAM. What’s the benefit of more RAM for end-users? Let’s try to explain.

The basic of 64-bit engineering was found first time in 1970s and it was commenced to be used in Supercomputers of those years. The usage by big companies and servers was dated to 1990s. Reaching to the end-users began firstly with Linux in 2001 (Alpha version was released in 1995) and later with Microsoft in the same year by releasing Windows XP 64-bit version. Nevertheless, Apple released Mac OS 10.3 supported by first 64-bit operating system in 2003. The first production of 64-bit operating system processor reaching to the end-user was achieved by AMD in a same year.

Well, end-user is going to ask “It’s good but what is its benefit for me?”

Let’s ask quickly a question to the readers. Is there anyone among who can say that “This is absolutely much faster than 32-bit” after using 64-bit operating system as an end-user?

What’s the criterion carrying out this assessments? Can someone explain me?

If the issue is processors and operating system, it must be stated that the issue is quietly complicated. Even while it can be difficult and complex for its fanciers because of the complexity and hierarchy of operating system, it may make explaining it quietly hard even in the simplest way. After I personally have become concerned with this issue, it is so interesting that it become to be more enjoyable but still there are so many things that should be learned. Besides all these, I experienced one thing: “That code won’t work most probably.”.

Maybe, this experience needs to be explained. When we think that the process, which you suppose to run only with single “click”, are executed by controlling many different hardware and driver dependency in a high complex sequence, it is not possible to experience purely with software, not integrated this and similar processes into each other, on the side of users.

Here that’s why it’s just beyond your power to offer completely total 64-bit support with only operating system. To make end-users have completely 64-bit experience, you should offer this support from the USB drivers to SoC solutions on mobile, all dependence and all applications and the most important to the codes of hardware (and the attached components of them) which you brought from manufacturers. 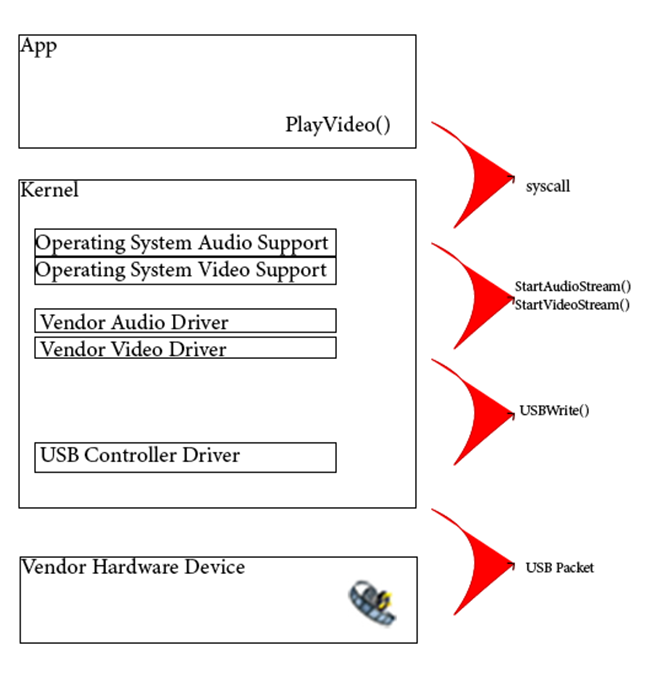 What may be the advantage for the end-users by releasing 64-bit version of your present operating system before all this be done? Open to comment! Nevertheless, there is an exception!

While introducing 64-bit engineering in the launching of 5S, Apple gave examples from its performance by demonstrating Infinity Blade 3. Apple offering Open GL ES 3.0 support proves to where can be come in the game sector through that move. Published test results show that mobile gamers should be ready for the games having great graphics. Open GL 3.0 in mobile means better graphic and performance. To run the game which have better graphic means you need more slots, more RAM’s faster dataway and a bigger build to meet your GPU’s needs, and here is the area where end-users feels 64-bit engineering.

When it’s looked the history of 64-bit, we see that the game console named Jaguar released by Atari company gave the 64-bit support first time in 1993. It’s already explanatory at this point that conveyed 64-bit experience via console tools before computers to the end-users.

Beside all, it is so normal because of the two reasons which Apple released the first 64-bit engineering support before all other mobile operating systems. First one as we know is the advantage to be able to offer its own software with its own hardware from one hand. The second reason is to provide many open code C libraries used within the operating system and GCC’s 64-bit support affecting directly running of the whole system.

And here new iPhone 5S with 64-bit support is. Since, it is faster “thanks to that”.

The first thing coming to mind is applications, if smart phones are the issue. Despite not having the 64-bit support in applications which you’ll run on your new iPhone 5s, and still, if you want to believe in running faster, yes, it’s the fastest.

Lastly, let’s look at Anand Chandraskher’s comment , one of the Qualcomm manager, about that issue: “I think they are doing marketing trick, otherwise, the benefits of users from this situation is nothing”.

Everything in mobile is ecosystem. In time, thanks to 64-bit support provided by both software and hardware manufacturers, it’s possible that end-users can exactly live this experience. All players of the ecosystem will be ready for this, but because of the reasons in mobile, we list up above I believe it’s unknown how much the advantages provided by 32-bit can carry onward with 64-bit.

iPhone 5S is just a beginning for Apple. I think there are other plans behind the move of 64-bit. 2nd generation 64-bit processors of ARM are on the way and it seems there is no need to wait so much to be find a place in PC marketing.  The works like POP IP show that ARM set its eye on this course, too. Does Apple do such a big advance, I think they do. Therefore, I believe this move in mobile won’t be limited only in mobile sector. Now Intel should think.

Lastly, how does 64-support occur in the side of Android and Windows Phone, let’s leave it as another blog topic.